The 7th annual Nevis Triathlon held on March 15 was a great success. 108 competitors from 16 countries participated in the event hosted by the Nevis Cycle and Triathlon Club.

Among the women, Janine Herweijer from the Netherlands was first, Kristina Stoney of Nevis second and Jayme Goldberg of the USA followed in third place.

Third place winner Jayme Goldberg of Plymouth Meeting, PA is a past Ironman participant. She and her husband, Andrew, were guests at Nisbet Plantation during the event.

In addition to placing third in the Olympic Distance Male category for the 2009 Nevis Triathlon, Nevis resident Reggie Douglas won the 2009 OECS (Organization of Eastern Caribbean States) Olympic Distance Triathlon. This is his 4th time winning this event!

Reggie runs our onsite biking, kayaking and windsurfing operation. So when you visit Nisbet you can stop by and meet our very own celebrity! 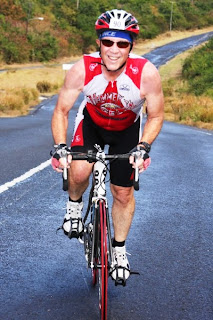