British Kayakers Break at Nisbet During 800 Mile Paddle for Charity 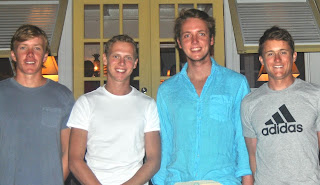 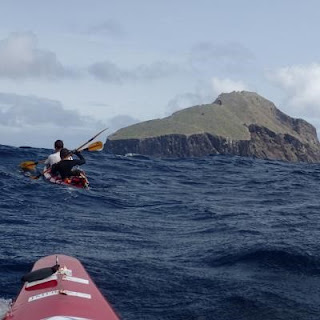 Four intrepid British kayakers stopped off in Nevis recently while on an epic 800-mile kayak trip from Grenada to Puerto Rico.  While in Nevis they enjoyed a much-deserved break at Nisbet Plantation.

The four friends, Michael Houston, Edmund Magnus, Tom McAlpine and Woody Dewar, known as the KX Kayakers, decided to take on this ambitious trip to give them a taste of adventure and to raise money for charity.  The team is hoping to raise £40,000 for the Centre for Children’s Rare Disease Research due to open at Great Ormond Street Hospital in London in 2017 and the Lyla Nsouli Foundation for Children’s Brain Cancer Research.

The kayakers paddled the 45 miles from Montserrat before landing at Oualie Beach and came to enjoy some of the renowned local cuisine at our Great House restaurant.  En route to Nevis they saw the rare sight of two turtles mating and unfortunately, one of the tandem sea kayaks overturned just south of Nevis. The team spent three days on Nevis giving their bodies a chance to recover and exploring the island including its beaches and plantation inns.

Then they were off again, heading to St Barths, on their longest journey to date, including paddling through the night.  They are hoping to reach Puerto Rico by August 20 making them the youngest team to ever do the route.

The trip has been physically demanding with the team suffering sore hands and shoulders as well as a few blisters, open wounds and rashes.  The medic Edmund Magnus has also had a bout of sea sickness.  When asked what they were looking forward to next they said, “sleep and getting back to normal life.”

The KX Kayakers have raised more than 80% of their target.  Donations can be made at https://thekxkayakers.co.uk/blog.

We wish them every success.